I lived in St Clair for over 43 years and was an active part of the community. Our first home was in Onslow Street before the shops were built, then Melville Road, and finally near the main centre in Morningbird Close but now I am based on the South Coast, though still travel back to St Clair when in demand.

I have even been awarded for some of my work including for my being the official MC at Mamre for over 25 years and you will have seen me regularly at the shopping centre, or in the library, often signing documents for people on an almost daily basis.

I have seen children grow up in the area, marry, and become parents themselves.

I want to be certain that you have the best Ceremony possible. 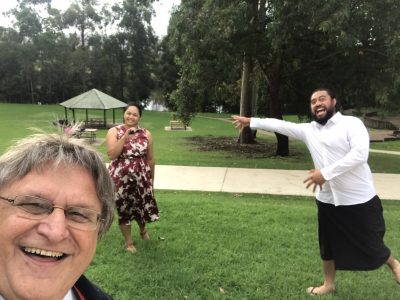 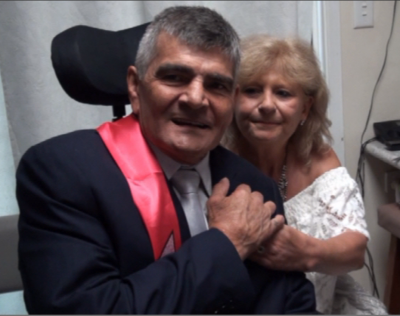 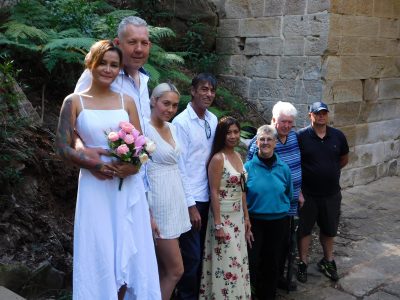 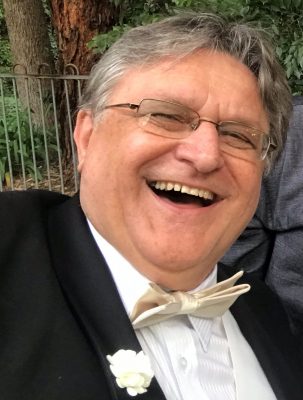 I am your almost local Celebrant.

It is your ceremony so let’s design it together, hold it at the location of your choice and be guided by your imagination, hopes, dreams and wishes, and make it one you want to be at. Let’s make it FUN!

A Ceremony created by & with Lou Szymkow, A Life Celebrant; with over 30 years experience in public life,  will ensure that it is uniquely your own; an enriching, memorable experience. We can confidently work together to ensure your ceremony will be exceptional.I love doing what I do. What I enjoy most about my experiences is meeting people and hearing their own stories. Everyone has their own story and it is often amazing what can be learned. Sharing time with people is the greatest of experiences.

St Clair is a suburb of Sydney, in the state of New South Wales, Australia.

It is 39 kilometres west of the Sydney central business district, in the local government area of the City of Penrith and is part of the Greater Western Sydney region, within view of the Blue Mountains.

Settlement of the area dates from 1804 when the first land grant was made. Land was used mainly for grazing.

The area was formerly part of a larger area named South Creek. It was later, unofficially, known as South St Marys, with the southern section being named Erskine Park. The original site of St Clair was once part of Chatsworth Nursery, a branch of Darling Nursery, which had been established in 1827 during the reign of King George IV. The owner, Thomas Shepherd, developed an irrigation system utilizing water from Eastern Creek and a large portion of the area was covered with Camelia orchards. The nursery, known for its camellias, was moved to Colyton and existed until the end of the 19th century. The area remained largely rural until a new housing development in the 1970s when land was subdivided.

The name “St Clair” has no historical links with the area. It was the name given to a residential housing development established in 1970 by the Latex Finance Company, a subsidiary of the Cambridge Finance Company which went bankrupt in the year 1976. The Land Commission of New South Wales acquired the land after a bankruptcy declaration and extended the area to create a large suburb.

My wife and I moved to the area in 1978 and our children grew up in the locality. We remained in the area until 2021.

Significant development occurred during the 1980s and the current St Clair Post Office opened on 17 March 1981.

The Geographical Names Board of New South Wales eventually made the decision in late 1981 to divide the area into two separate suburbs named St Clair and Erskine Park, rather than call the whole area Erskine Park as many people had desired. Its population has soared since 1981 and is now a well established suburb with modern facilities with close access to the M4 Motorway and shopping centre.

The suburb is bordered by Erskine Park Road to the east, the M4 Motorway on the north and Mamre Road along its western boundary. The suburb to the south and east of St Clair is Erskine Park.

Considerable parklands provide open space for recreational activities and St Clair is renowned for having a family oriented atmosphere.

The population declined slightly from the mid 1990s, a result of little change in dwelling stock and a decline in the average number of persons living in each dwelling.

Next to St Clair is Erskine Park but once called Fox Dale, which is located on the eastern and southern sides of Erskine Park Road. Fox Dale is not as big as St Clair in housing and population, but a massive new industrial area to the south encompassing developments on Lenore Lane and James Erskine Drive are being developed and are bringing new opportunities to the area. The new development bridges Old Wallgrove Rd with Lenore Lane and Archibold Road creating a freight corridor connecting the area’s three main industrial areas at Minchinbury, Erskine Park and Wonderland, along with the two mines in the area, encouraging heavy vehicles down non-suburban back roads, freeing up the existing roads for car traffic, and substantially reducing travel time from the current 45 minutes in heavy traffic to 10 minutes.

I am your Sth Coast Celebrant.

A Ceremony created by & with Lou Szymkow, A Life Celebrant; with over 40 years experience in public life,  will ensure that it is uniquely your own; an enriching, memorable experience. We can confidently work together to ensure the ceremony will be exceptional.

I love doing what I do and am confident you will too.

What I enjoy most about my experiences is meeting people and hearing their story.

Everyone has their own story and it is often amazing what can be learned. Sharing time with people is the greatest of experiences.

A celebrant for all special occasions in your journey of life.